Monitoring Internet Usage in the Workplace With social media sites like Facebook and Twitter which can be a great marketing tool for companies, the Internet can be seen as a blessing for businesses. Yet these sites can also be a huge time-drain for employees as they constantly feed users with new distractions that can easily get people hooked. Organizations are often tempted to simply block certain domains from being accessed, however this might not be necessary if a good Internet usage monitoring policy is in place.

Recently a client of mine was unhappy with sales performance from satellite offices so we blocked all social media sites because employees were spending too many hours on Facebook instead of preparing quotations for customers. Surprisingly after blocking these sites, productivity decreased further and sales never picked up. It became apparent that morale of employees dropped when they were denied social interaction. In light of this we implemented an Internet usage monitoring policy and told employees they were allowed up to one hour a day on Facebook during certain hours. This strategy worked; employees were more productive and motivated and their managers were able to reprimand those who did not stick to the rules.

When dealing with security we need to consider two things – preventing a security incident from happening, and being able to investigate an incident if it does happen.

When monitoring Internet usage, detecting a security breach early becomes much easier. Viruses and other intrusions generate irregular patterns of Internet activity that can be detected by Internet usage monitoring. This allows you to stop an incident early, contain the damage and reduce the impact of the breach. Another threat comes from so-called “drive-by-downloads” which are malicious scripts that infect a user’s computer with a virus when an infected website is visited. If these websites are properly monitored the likelihood of this happening is reduced.

Despite all the security you implement, security breaches will still happen. Trusted employees might access prohibited sites or download malicious code, sometimes intentionally and sometimes accidentally. Having an Internet monitoring system in place will allow you to investigate these breaches, find the root cause and determine who was responsible. Without monitoring Internet usage this would be a daunting task. 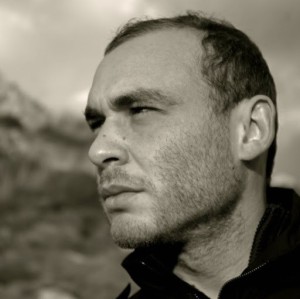